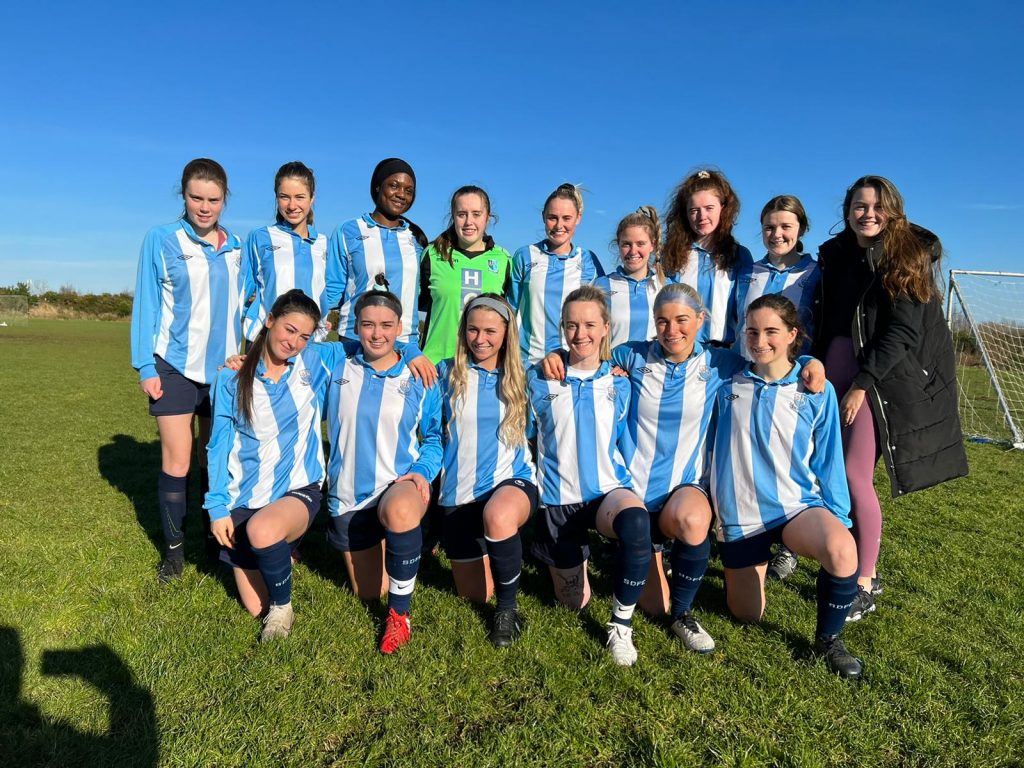 This is Salthill Devon’s  first year back for the adult women’s team for some time and a very successful one it has been.

The aim now, having secured promotion, is to build the squad and compete in the Premier League and at provincial level in the coming season. We are actively recruiting players for next season and building a squad to be a force in the game and in the meantime we are looking forward to divisional cup final on May 18th to secure the double

This builds on our long established record of promoting the women’s game and developing players who will follow the likes of Niamh Fahey, Meábh De Búrca, Julieanne Russell and others into the professional ranks,

We have recently secured Capital Sports grant funding for development of lights on a grass pitch which will be prioritised to the women’s game and this, together with ongoing investment in coaching and development, should inspire a significant increase in playing numbers in the coming years.

Overall Salthill Devon has been a beacon for the female  game not just in the West of Ireland but throughout the country supplying no fewer than thirty Five players to Irish teams at all levels.