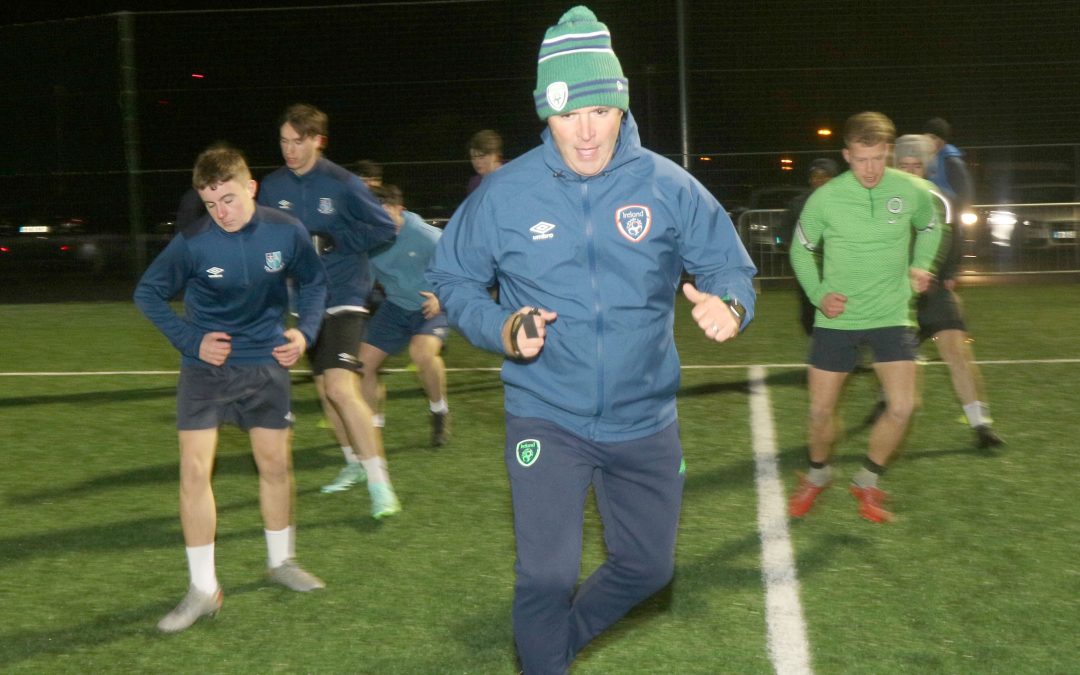 Salthill Devon have been awarded the Club Mark by the FAI. The FAI Club Mark is an award based on best practice in the governance, management and administration of a football club. The award was presented at the FAI’s Regional Night at Drom, where Adrian Carberry deliver a ‘master class’ in adult coaching. 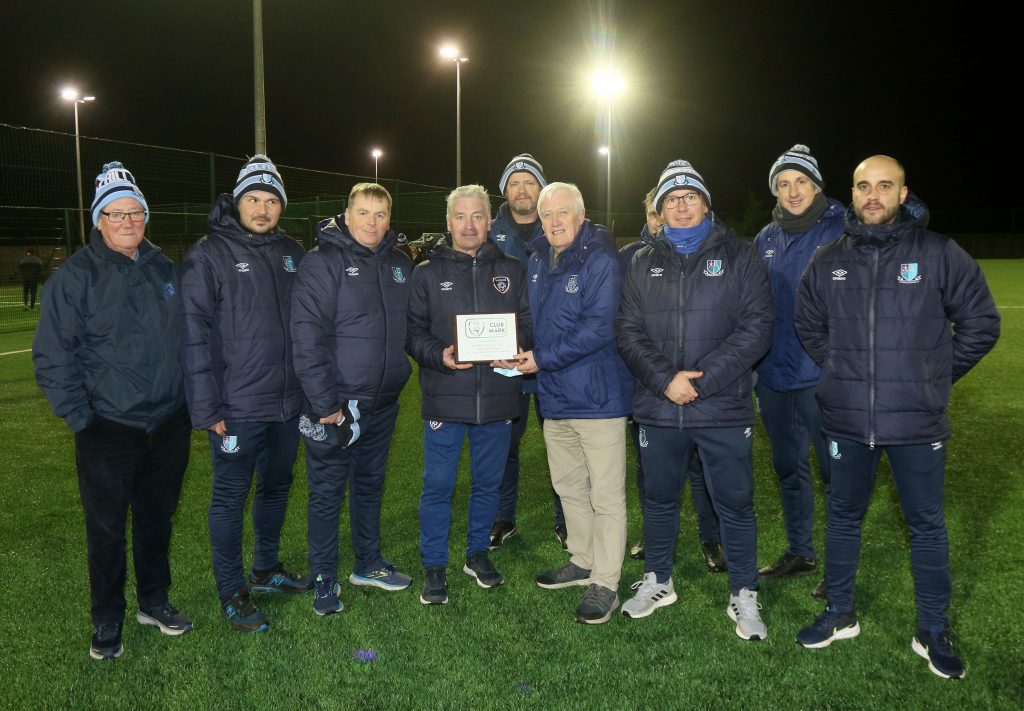 We took the opportunity to present the Clubman of the Year Award and The Hall of Fame Award, on the evening to Dave  Mulry and Briain Geraghty 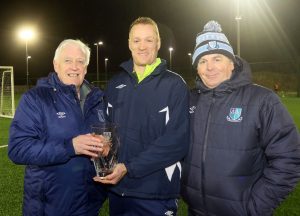 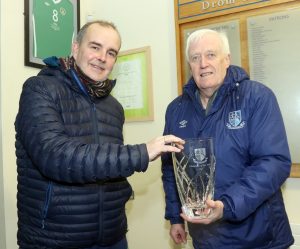 Pictured above Briain Geraghty Receives his Hall of Fame award from Pete Kelly & Tommy McClean, for years of service as a player – he is still part of the first team squad

while Dave Mulry collects his Clubman of the Year Award. Dave was recognised for trojan work as a coach and administrator.