It is with great sadness that we learn of the death of Pat McCabe. Our thoughts are with his wife Sarah and children, Barry, Grace and Killian. 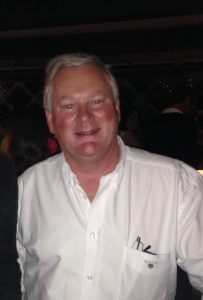 It is almost impossible to imagine that Pat has left us! A man with a vitality for life with a great sense of purpose and an acute awareness of what community is all about.

Pat was an integral part of many of the major achievements of Salthill Devon over the past couple of decades. His award winning design of the club house at Drom – the centre piece of the development has since it’s opening drawn critical acclaim. HIs work with the club was much more than using his sharp architectural skills – his passionate approach coupled with and attention to detail always went the extra yard.

Whether it was being on the side-line at kid’s games or sitting on committees, Pat wore the many hats of parent, coach, mentor and professional advisor with a smile on his face.

Many people will never know just how much Pat McCabe contributed to Salthill Devon – he will be sorely missed – our heartfelt sympathies are extended to Sarah and family.