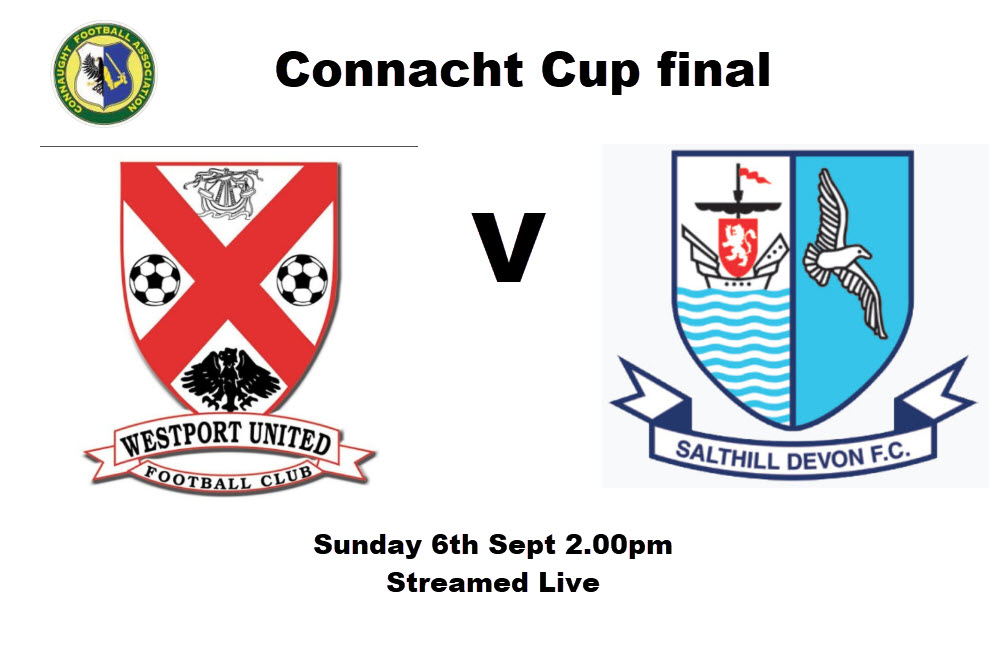 Salthill Devon travel to Milebush Park Castlebar on Sunday next to take on Westport United in what promises to be a cracking game. It is Salthill’s second appearance in the Junior Final, losing to Hibs in 1995. They were Galway Premier League Champions that season,  having previously won numerous senior and underage titles.

As per Covid 29 restrictions the game will be played behind closed doors, but it will be streamed live by the Connacht Football Association – we will have full details later in the week.