It was another tremendous weekend for Salthill Devon across a range of ages and covering the length and breath of Connacht.

Knocknacarra B 5 – 1 Salthill Devon B

On the adult front the Premier team continued their winning ways with a 5-3 win over old rivals Mervue, while the ‘B’s had a strong 2-2 draw with a strong Barna side and Dave Carr’s squad remain unbeaten at the top of the league.

U12A girls on Sunday in Irish Cup
There was a debut for Martha the U10 goalkeeper who stepped up for the day and made her competitive debut in the Irish Cup second round at Corofin.

The were one nil down after a minute , fought back to score two late goals in the last six minutes and progress to the next round, Grace McDonald scored the equaliser- her first goal for 12A team and Erin McCartan lobbed the keeper in a one on one to win the game .

The Under 14 girls took Westport by storm on Sunday on getting both teams to the final; meanwhile the under 12’s also took part for some great experience against older opponents and they acquitted themselves. 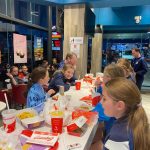 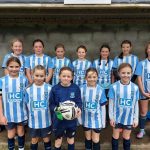 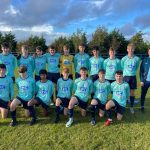 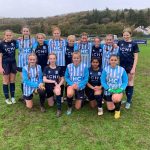 The U14’s in Westport – played themselves in final 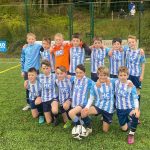