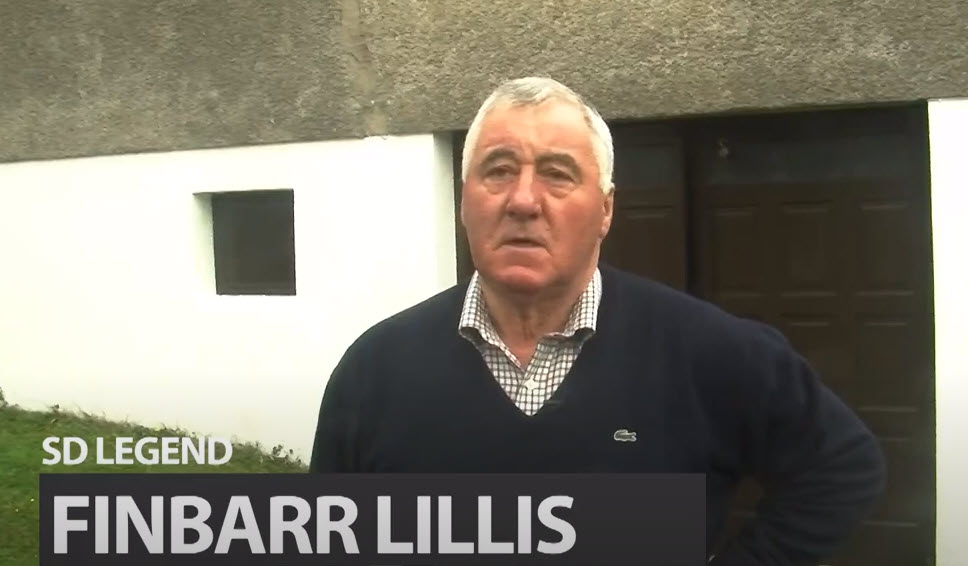 To those of us in Salthill Devon we will always look on Finbar as the ‘founding father’ in the modern era. My earliest memories of him are the Ford Capri parked at the park in Salthill with the boot open, several footballs and a plethora of other football stuff packed into it.

It was the reawakening of Salthill Athletic! It was around 1970 and we would gain entry into the local league – with Finbar the driving force in getting guys to play and inveigling ‘backroom’ boys to join the cause.

There was never a dull moment in either training or matches when Finbar was involved. He had a great passion for playing – not so much passion for training, with a chronic ‘hammer’ strain when the sprints started! 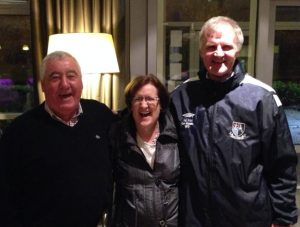 Finbar with Dara & Noel Murphy at the SDFC Reunion

Above all we will remember Finbar as the lovable rogue who lit the flame. That flame would become the Salthill Devon that exists today – he was extremely proud of that evolution.

I knew him for the guts of fifty years and he truly was a character, wore his heart on his sleeve and meeting him was never boring. Everybody who knew him will have ‘Finbar’ stories to relate over the next few days.

Salthill Devon is a big organisation now. We started with one team run out of the boot of a car – Finbar’s car. Many in the club today will have no idea of the role he played in our foundation. It is important that we don’t forget and we won’t!  We would like to offer our sincere condolences to the Lillis family.